A timeline of Bitcoin's path back to this milestone after first hitting it in February. 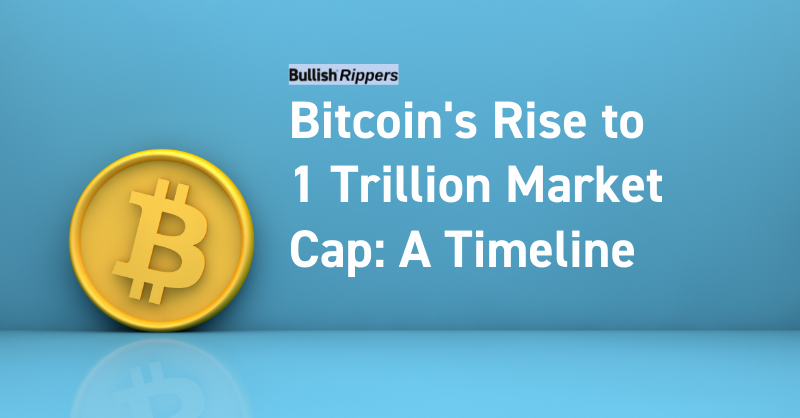 Bitcoin crossed the $1 trillion market cap on Wednesday. So how did we get here? We're taking a look the times Bitcoin made headlines in 2021 — as told through Twitter.

And keep scrolling to the end for our Rippers take 🔥 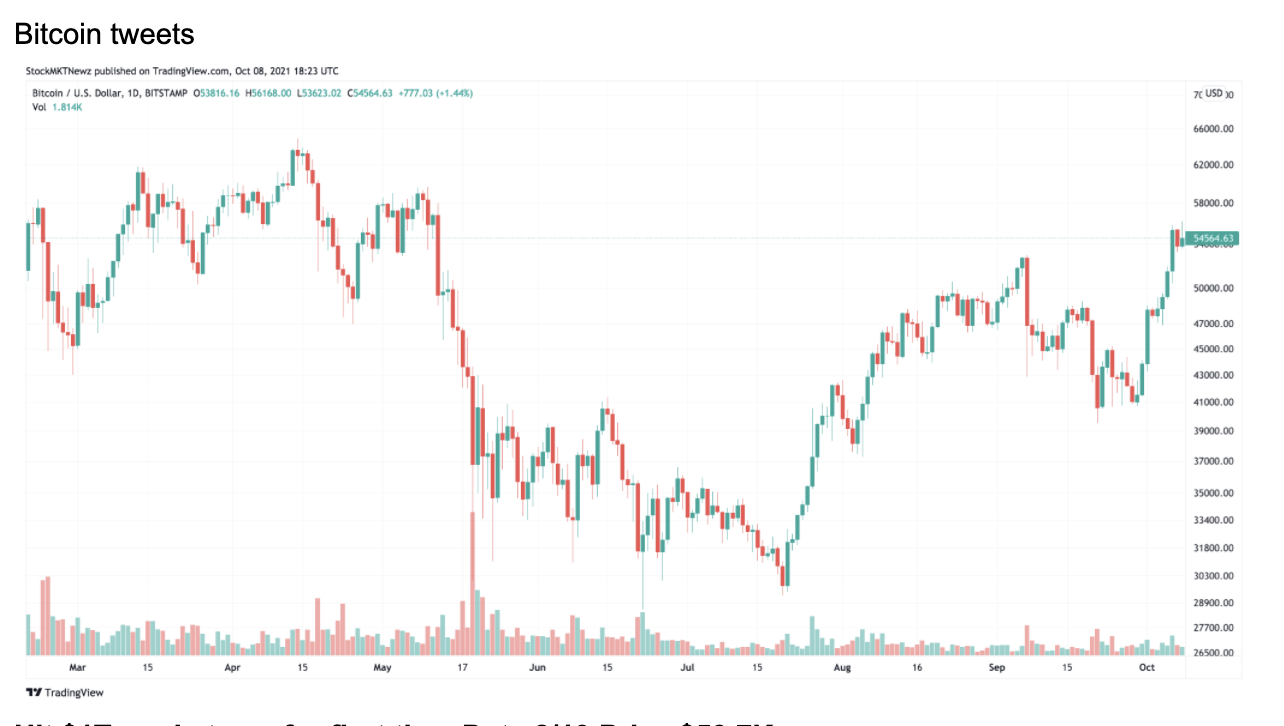 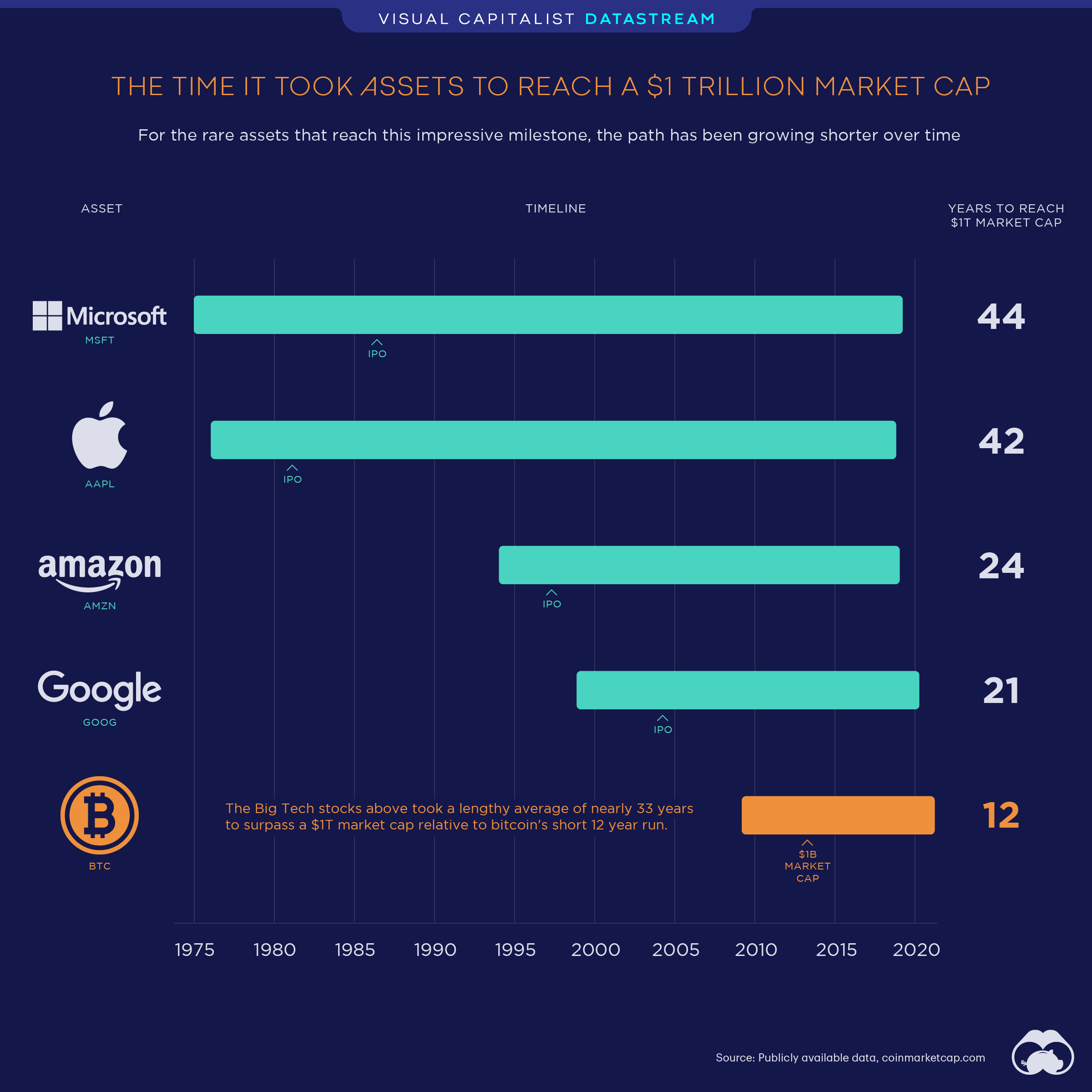 "India Bans Cryptocurrency" has been a headline every year since 2018...

Waking up to new crypto All Time Highs is the best!!!

May 12: Tesla suspends the purchase of their products with Bitcoin

Today is the 11th anniversary of the first commercial Bitcoin $BTC transaction when Laszlo Hanyecz paid for 2 pizzas with 10,000 #Bitcoin

The #BitcoinLaw has been approved by a supermajority in the Salvadoran Congress.

The video was posted on WeChat by #Bitcoin miners who got their operations shutdown in China.

"The lesson from the internet is, anything that China bans, invest in it." - @fredwilson 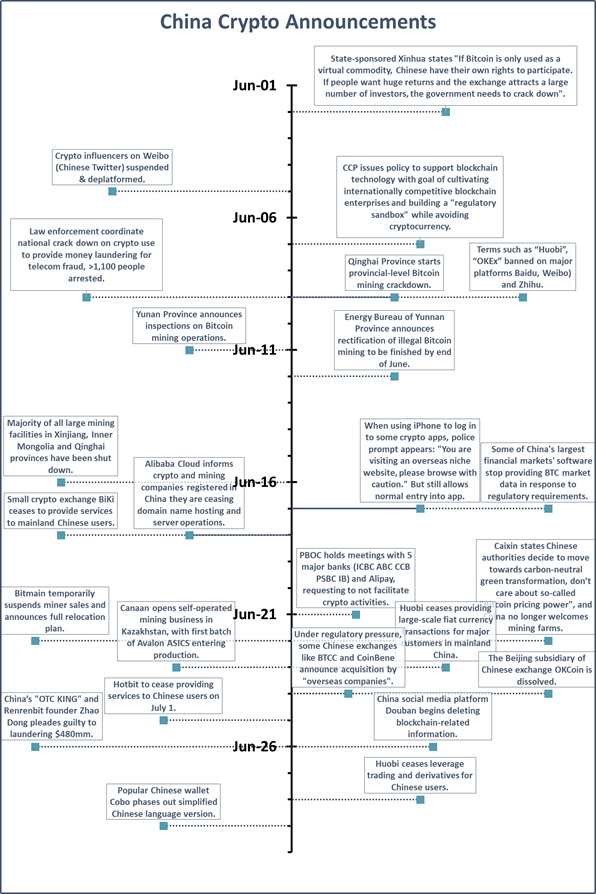 July 21: The B Word conference with Jack Dorsey, Elon Musk and Cathie Wood

#Bitcoin core developers are the unsung heroes of humanity.

ARK Invest's @CathieDWood describes #Bitcoin developers as having a better grasp on monetary history than anyone she's ever met.

July 23: Amazon hiring someone to maybe get more into crypto

We also covered this story in a past newsletter. Peep it here.

Over the last 60 years, Visa has built a collection of historic commerce artifacts - from early paper credit cards to the zip-zap machine. Today, as we enter a new era of NFT-commerce, Visa welcomes CryptoPunk #7610 to our collection.

PayPal $PYPL will be allowing users in the UK to buy, sell and hold Bitcoin $BTC and other Cryptos starting this week

China has banned bitcoin and cryptocurrencies so many times that I’ve lost count.

October 6: Bitcoin back over $1 trillion

Bitcoin $BTC is back over a $1T market cap 👀

Although hitting milestones such as a $1 trillion market cap shouldn’t mean anything, the reality is that it does! The human brain loves passing these nice round numbers even if it has absolutely zero effect on anything.

I hope it’s not the type of milestone we look back on as a top signal. If I put my speculation tinfoil hat on, I do believe we will see all time highs again. But that’s not what’s important… it’s what happens after!

Bitcoin has done the same thing multiple times now. It cycles between the bull and bear market, each one with higher highs and lower lows than the previous cycle. The past doesn’t repeat itself, but it does tend to rhyme. I think it’s only fair that what has happened 100% of the time before is the base case for what we can expect going forward.

Applying that logic, I think we will see another prolonged bear market at some point. Who knows when it will happen or what number Bitcoin will hit first, but I still think it will happen. We will eventually see Bitcoin well below its current $1 trillion market cap, and it could stay there for a little. The best time to buy things is when they’re going down and weak hands stop believing.

Crypto is still a significant portion of my portfolio, and I have no plans to sell any of my Ethereum or Bitcoin. I am a long term investor with a 10+ year time horizon that believes time in the market beats timing the market. The cycle will continue, and I see another bull market that makes new all time highs coming out of that bear market. It could take a while, but I’m willing to wait. And I will be watching to accumulate more in the next bear market. 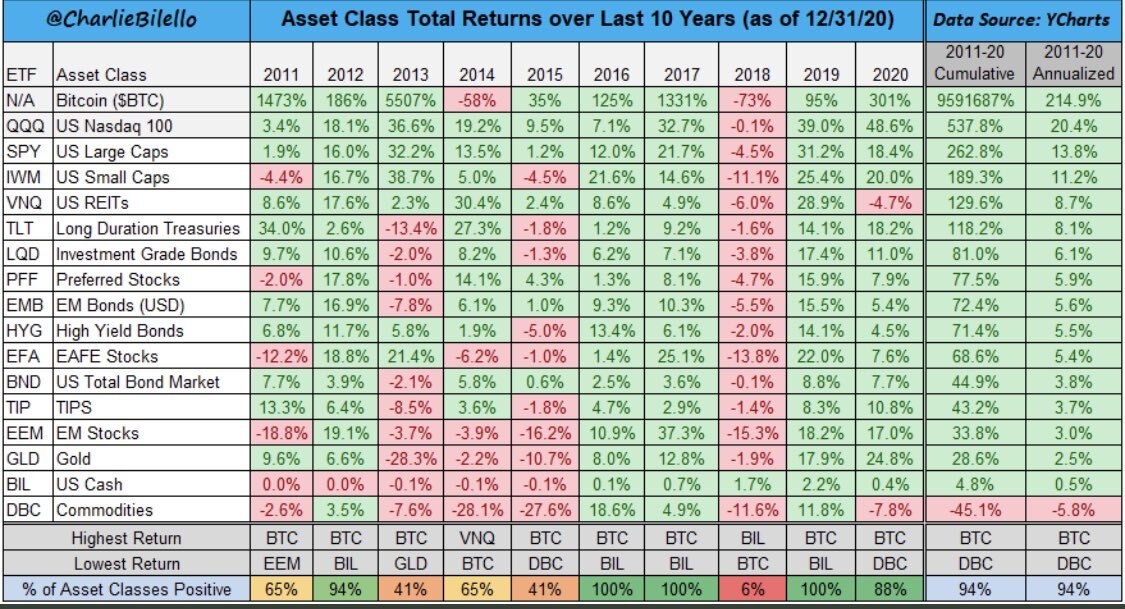 Bitcoin was the best performing asset class of the last decade. Can it happen again this decade? Who knows. But what do you think? Send me a DM on twitter and let me know your thoughts!