Football is Back! So, What Does This Mean for Sports Betting? 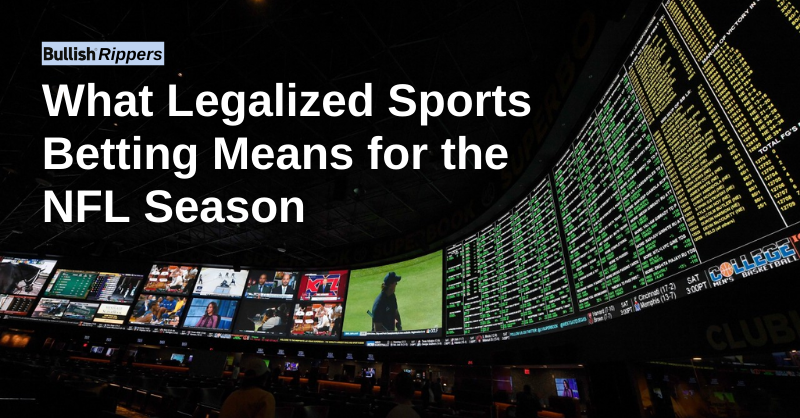 This week, we're giving you a quick rundown of what stocks are making headlines and why you should keep an eye on them. Keep scrolling for more on:

Football is back, and the numbers show I'm not the only one that’s excited! The season opener on Thursday, September 9, between the Cowboys and Bucs drew in approximately 26 million viewers across all platforms. That number of viewers is enough to make it the most watched TV show since the Super Bowl this past February.

Via NBC: The #Cowboys-#Bucs NFL season-opening game on Thursday night drew approximately 26 million viewers on all platforms, making it the most-watched show on TV since the Super Bowl in February and the most-watched kickoff game since 2015.

Sports bettors were also active, with 1.6 million bets being placed on the DraftKings sportsbook. This was “far and away” the most bets they’ve ever seen, according to CEO Jason Robins.

The performance of sports betting during the 2021 NFL season will be important for the sportsbooks, but also for the NFL itself. NFL commissioner Roger Goodell said the league expects the rise of legalized sports betting will “drive engagement with professional football, similar to the way fantasy football did in previous decades.”

The NFL is always hungry for growth, and sports betting looks to be the new strategy to drive that growth. Here are some partnerships between NFL teams and sports books from just last week ⬇️

• A 7,000 sq. ft. Fubo Sportsbook Lounge will be opened in MetLife stadium as part of the deal.

If you need further proof of how much the sportsbooks rely on the NFL, DraftKings said on their last earnings call: “NFL is basically like our holiday season. It’s when we acquire the most new players and reactivate large portions of the player base.”

However, this doesn’t show the entire picture. Only 29.4% of US adults live in a state with an approved statewide mobile sportsbook. This number could change quickly — three states legalized sports betting and started accepting wagers this past week alone.

• On the first day of the 2021 NFL season, three new states are expected to start accepting wagers today.

There is a lot to watch in this industry going forward. First and foremost, watch for more states not just legalizing sportsbooks, but also legalizing state wide mobile sports betting. Increasing the addressable market is a necessity for the sportsbooks to grow into their current valuations.

Given Roger Goodell and the NFL’s positive thoughts toward sports betting, I expect to see every NFL team have a sports betting partner in the not too distant future. It will be interesting to see who partners with who, but in the short term I'll be watching for any tangible numbers on how these partnerships are working for both sides.

Finally, be on the lookout for more numbers around how sports betting is performing during the 2021 NFL season. If it goes well, I expect the sports betting companies will be running to share how good it’s going. If it’s not going so well — or even just ok — we may have to wait for the next round of earnings to see the numbers.

This is a sector I do personally enjoy watching and plan to write more when we get more information… stay tuned!

Some of the largest stocks to watch out for in this sector include:

GameStop reported its Q3 earnings after the markets closed Wednesday, September 8. They missed expectations by $0.1 on the bottom-line reporting earnings-per-share -$0.76 and beating on the top line by $60 million reporting revenue of $1.2 billion.

Their revenue was up 25% from Q2 2020, but when you look back further it looks less impressive. GameStop’s revenue is down more than 8% from 2019 numbers and down approximately 33% from it's all-time high Q2 revenue set back in 2015.

We didn't learned much in terms of new information from GameStop's earnings conference call. Store count was really the only new piece of information shared. GameStop said they currently has 4,642 stores globally. This number is down from 5,122 stores in September 2020 and 5,722 stores in 2019. GameStop is trying to transition to more of an e-commerce company and closing unprofitable locations is a part of that process.

Normally, the earnings call is the best place to get information and color directly from the company about how the quarter went. This really cannot be said for the GameStop earnings call! For the second quarter in a row, GameStop made the unprecedented decision to not to take questions. This has resulted in back-to-back calls being extremely short and overall underwhelming.

It feels like GameStop in in a competition with themselves to have the shortest conference call possible, and at only eight minutes it’s safe to say they’re in the lead. Loop Capital analysts agreed, calling the conference call “disrespectful to shareholder."

GameStop has a lot it needs to do if it wants to justify its valuation of over $14.8 billion.  Even if it hits on everything, living up to that valuation will be difficult. GameStop needs to continue its transition into e-commerce, and look toward new paths for revenue growth such as a fast-growing sector like eSports.

GameStop also NEEDS to fix their earnings calls — under 10 minutes and no Q&A is unacceptable. GameStop shareholders deserve better! 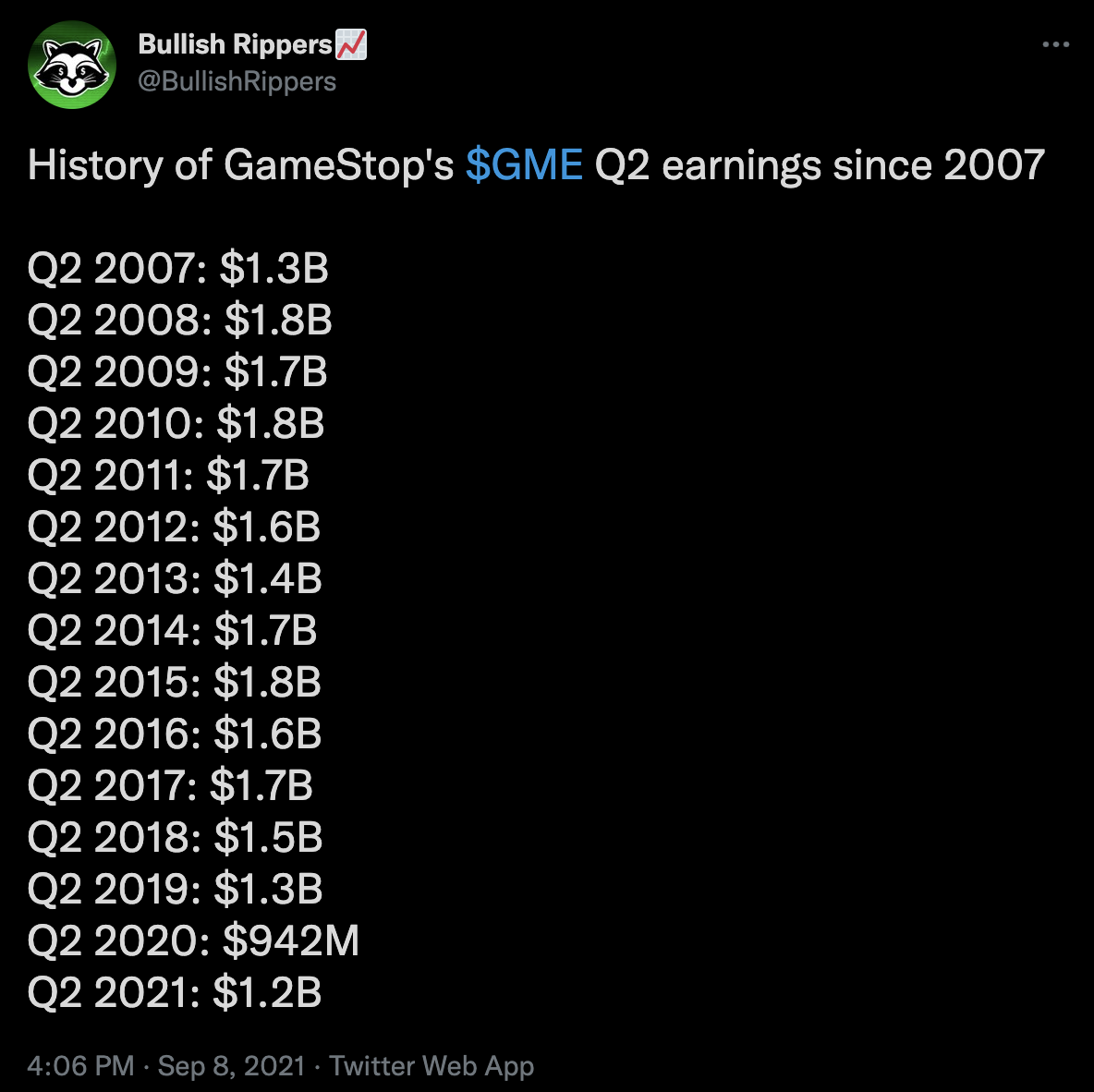 Let's be real, The people buying into GameStop didn’t buy because of underlying fundamentals. With that in mind, the price action around earnings isn't too surprising. GameStop disconnected from its fundamentals back in January and has stayed that way since. GameStop, AMC and other similar names have become trading vehicles to be used exclusively by short term traders looking to capitalize on the volatility.

If you’re just a long term investor like myself, this is not a name I would be looking to get into at these valuations. It also shouldn’t be a name you look to short. GameStop has proven over the last almost nine months it can stay dislocated from its fundamentals. There is no reason to think this can’t continue or even get more exacerbated.

So unless you’re an experienced trader with a bunch of time to constantly watch this stock, you're better off watching from the sidelines. But make sure you have some popcorn and a drink because it's an entertaining show to watch!

📉 Should You Be Concerned About the Crypto Crash?

Crypto was doing so well recently until Tuesday, September 7, rolled around. If you’ve checked your crypto wallet in the last couple of days you know what I'm talking about.

If the biggest names are down double digits, you better believe there are a bunch of smaller cryptos down much bigger than that. One name that actually held up pretty well was Solana, which would close the day up 5.4% after getting as low as down 18.9%.

Since that past Tuesday, the largest cryptos have continued to trickle lower. As of Friday at noon (EST), Ethereum and Bitcoin were both down slightly from where they closed on Tuesday. This week’s move proved yet again crypto can move huge amounts in a very short period of time. So who knows where it will be by the time you read this. It could be up 20% or down 20% — and neither would surprise me!

This really hits at the main theme I want to talk about: Crypto is extremely volatile, and these types of moves are completely normal. People love volatility when it's works in their favor, but not so much when it goes against them.

Recently in crypto, it feels like people have been too optimistic, and I’ve been finding myself needing to temper some expectations. In this case, it’s the opposite! I know a lot of people were scared on Tuesday… over 10% of a drop can be scary. It's important for people to know this is totally normal in crypto and should 100% be expected to happen again. 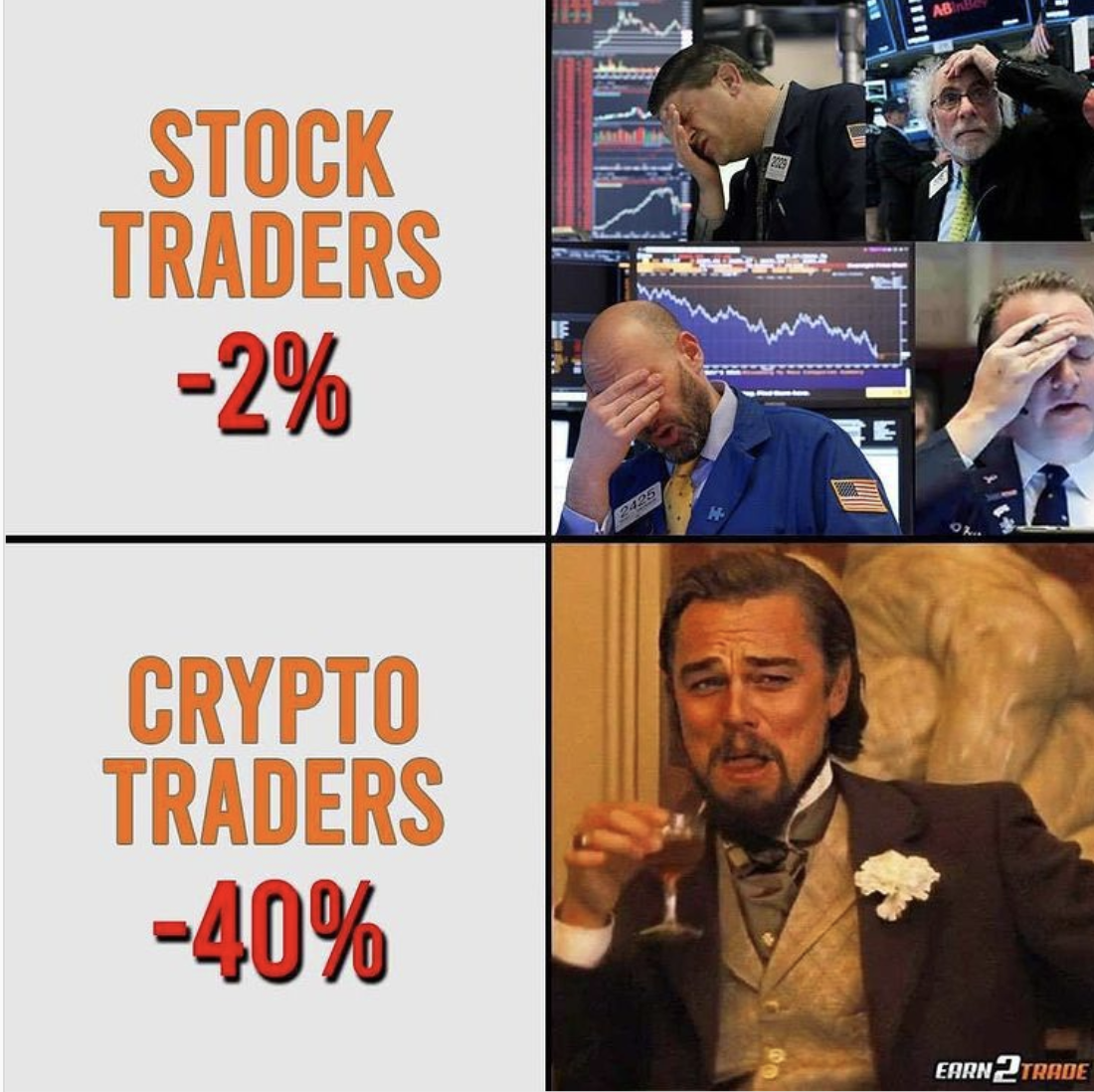 Now I don’t know exactly what to say for this one, but I did feel this story was too funny not to include as an honorable mention!

With that in mind, I'm just going to leave you with the link to this article with an interesting headline and some photos to read more or do with what you will. 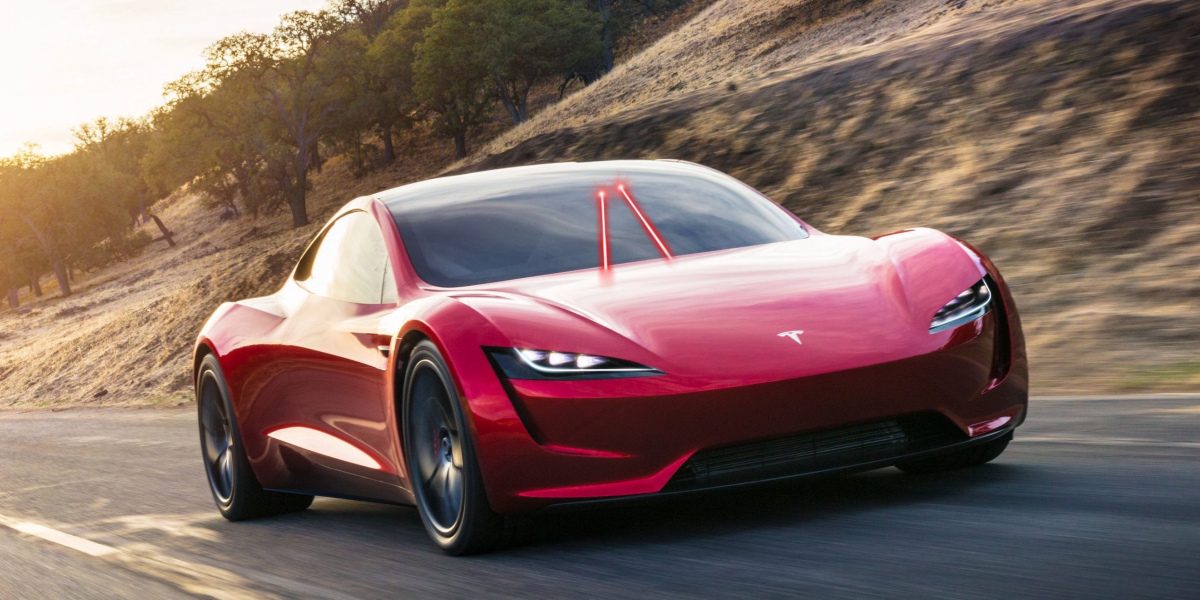 NEWS: Tesla has been granted a patent where laser beams clean off debris off of the windshield.

My hope? Tesla is one step closer to achieving the real dream — laser cats 🐱