Rippers Recap: The Best and Worst Performers (Week of Jan. 10)

From Tesla, Apple, Facebook and other market news — it's been quite the week! 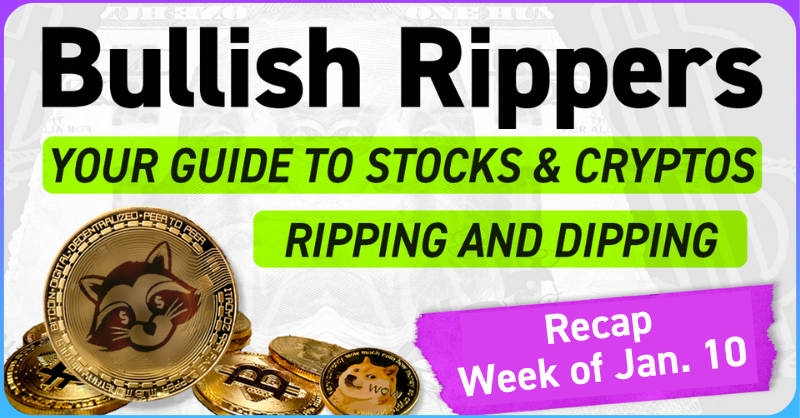 Welcome to the Rippers Weekly Recap!

Hey everyone, it’s Evan! But I’m better known on Twitter as @StockMKTNewz. If you know me, you know I tweet way too much for any sane person to track. So I thought I would narrow down my hundreds of tweets to get you caught up here in under 5 minutes!

Keep scrolling for a breakdown of this week's: 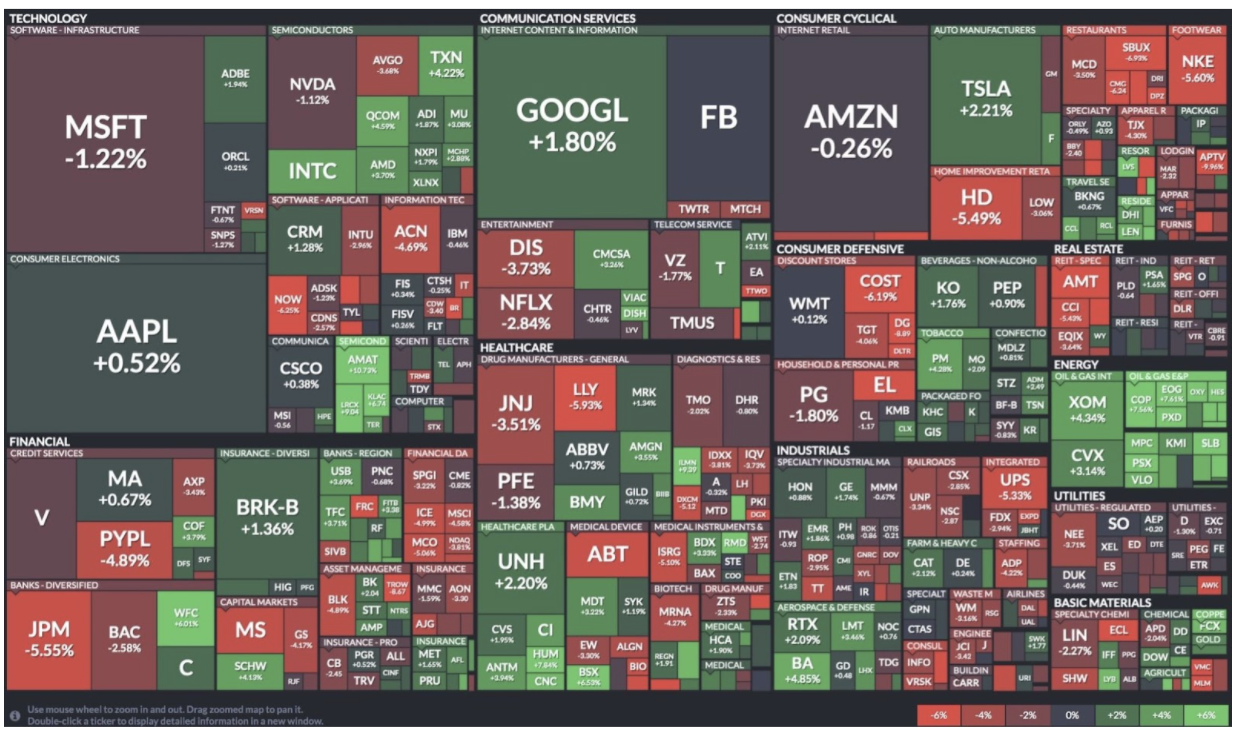 *A Message From Endeavour: 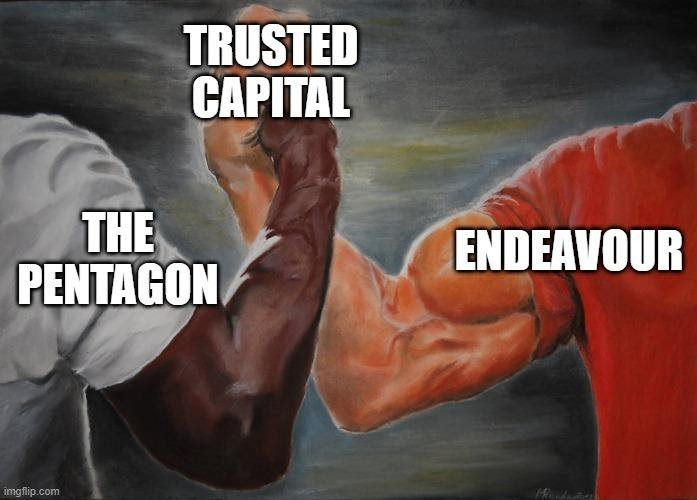 In case you missed 2021 altogether (drinking alone in sweatpants, and then drinking very much not alone in designer sweatpants, can do that to you), China is a problem, Russia keeps doing Russia-things, all of our politicians are too old to understand cyber vulnerabilities, and we can’t stop sending random b-list celebrities and billionaires into freaking space.

All this to say, the Defense and Space industry continues to boom regardless of what is happening:

The market goes down?  MOAR Defense

The market goes up? MOAR Space

Which makes it the perfect time to invest in Endeavour – the company fortifying America's Space & Defense industries with a groundbreaking approach to financing.

Unless you have allocation to Pelosi Capital Management Fund 2, the time is ripe to diversify and invest in Endeavour because government spending has no end in sight. Get in before the opportunity closes January 21.

This ad was created in partnership with Endeavour*

Best Performers of the Week

On Monday, Take-Two, the makers of video games like GTA and NBA 2K, announced an agreement to acquire Zynga, the creator of games such as FarmVille and Candy Crush. Take-Two is paying $6.36 in Take-Two stock and $3.5 in cash for each outstanding Zynga share.

The total compensation of $9.86 per share gives Zynga a $12.7 billion valuation — a 64% premium from its closing price on Friday, Jan. 7. A 64% premium is certainly not cheap and well above previous averages. As you can imagine, a premium that large would cause the stock to skyrocket, which is why it’s up this week.

So, why did Take-Two pay that much for Zynga? Zynga has had strong revenue growth over the last couple of years due to its pivot to mobile gaming.

This acquisition could really be boiled down to two words for me — GTA Mobile!

Worst Performers of the Week

How the Largest Stocks Performed this Past Week

This was a big week in the history of Apple. Just 15 years ago, Steve Jobs unveiled the iPhone to the world.

On this day 15 years ago, Steve Jobs unveiled the iPhone

In the time since Apple $AAPL has sold a total of $1.43 Trillion worth of iPhones on its way to becoming the largest public company in the world

Apple was the 73rd largest company in the world when Jobs unveiled the iPhone, with a market cap around $73 billion. 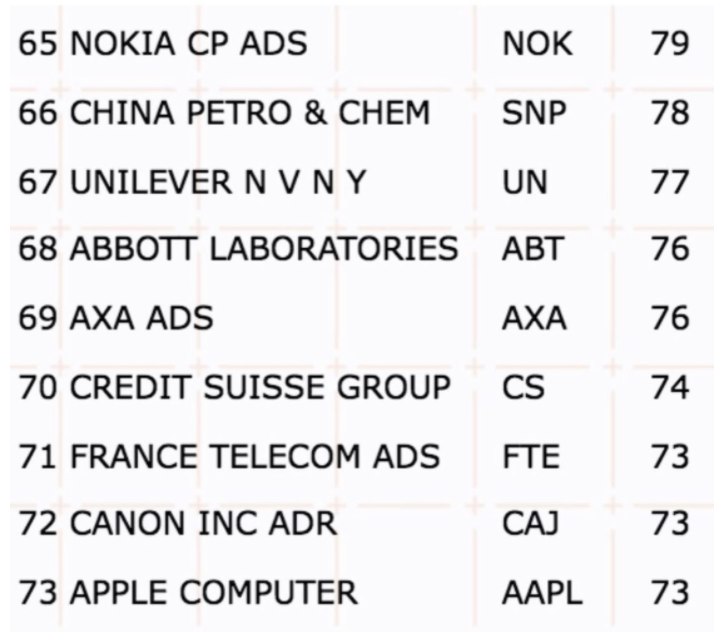 Apple went on to pass all the companies ahead of them and become the first company to hit the $1 trillion, $2 trillion, and $3 trillion market cap milestones.

Finally, we got a report from Bloomberg on Friday claiming Apple’s upcoming AR/VR headset could be delayed until 2023. This is one I'll be watching closely to see if we get any confirmation for this report.

Apple's $AAPL AR/VR headset is reportedly at risk of being delayed until 2023 due to problems such as overheating, camera, and software challenges according to Bloomberg

At this point, I think it's impossible for Tesla to go a week without being in the news. First up, Tesla announced the date of its Q4 earnings. The earnings call will take place after the markets close on Wednesday, January 26. Expectations are very high as Tesla recently reported very strong delivery numbers ahead of expectations.

Elon already said that Tesla plans to share a product roadmap update for the Cybertruck (and maybe some roadmap updates for other vehicles).

Soon after announcing Tesla’s date for reporting earnings, an article from Reuters came out saying Tesla is delaying initial production of the Cybertruck. The report said Tesla now expects initial production to start by the end of Q1 2023 after its previous expectation of some time in 2022.

Trusted Tesla and EV source Electrek said to take this report with a big grain of salt:

Elon’s love affair with Dogecoin grew a little bit stronger this week. As mentioned in a previous Rippers Recap, Tesla plans to accept Dogecoin as payment for its apparel store soon. Well, as of last night this became a reality. Tesla’s apparel site now accepting the cryptocurrency for items, including: 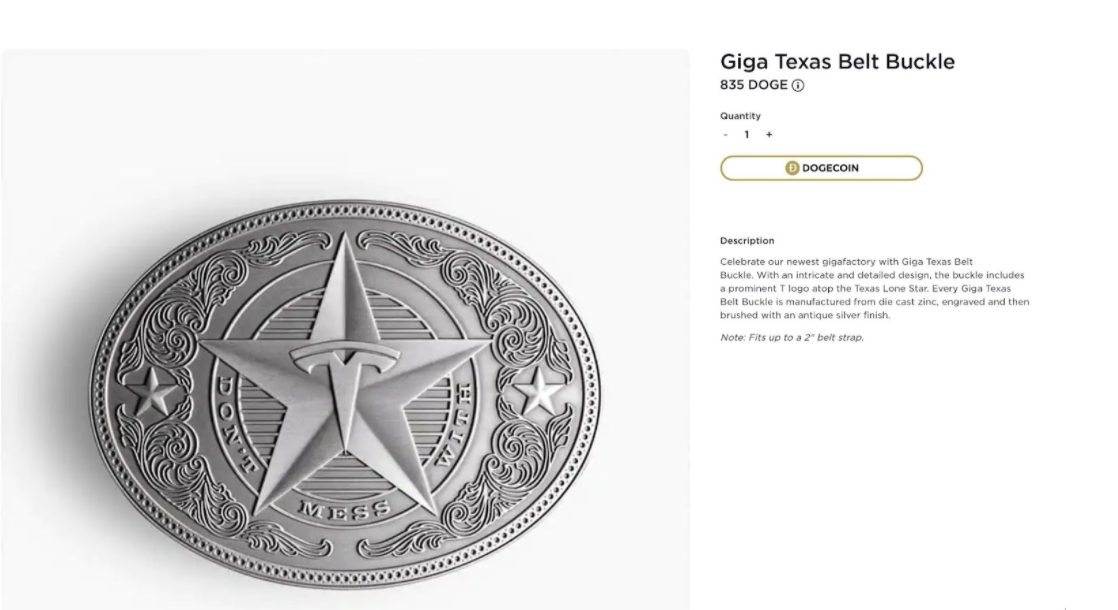 A couple of the items were only listed in Dogecoin … no USD or credit cards allowed!

Who would buy things with Dogecoin? It turns out a lot of people! Products like the Cyber Whistle are already sold out!! 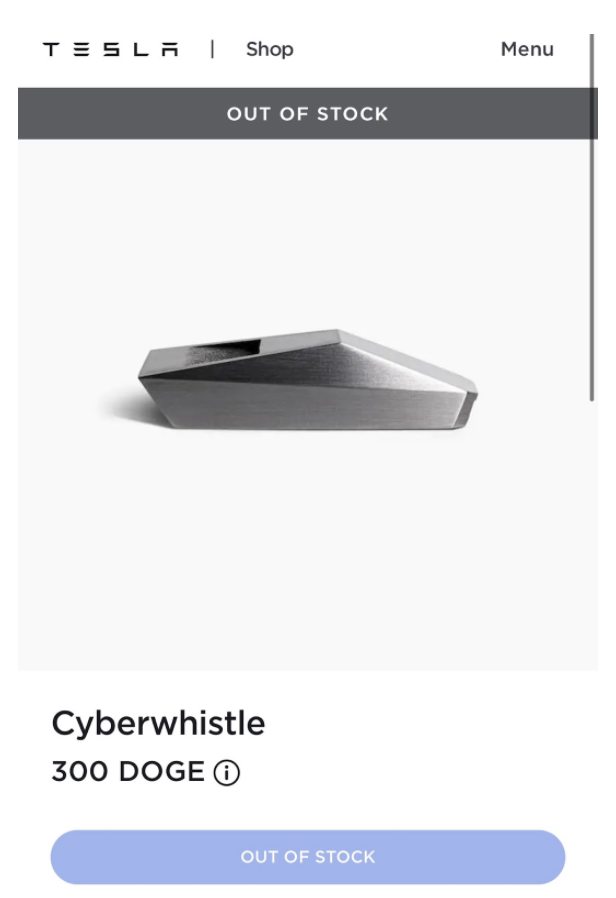 Popular ETF company Roundhill announced after the markets closed on Friday that they’re changing the ticker of their Metaverse ETF ticker.

Facebook announced their name to change to Meta on Oct. 28. The original plan was to change the ticker to $MVRS on Dec. 1, I assume only because the $META ticker had been taken since June 30.

$META is designed to give investors exposure to the Metaverse, a multi-trillion dollar market opportunity that will touch almost every sector and industry per @ballmatthew.

$META is now trading on the NYSE.

But when it came time to change the ticker, Meta postponed the move without giving a real concrete reason.

Only time will tell … The next date to watch is January 31, when the name change for Roundhill’s ETF goes into effect. 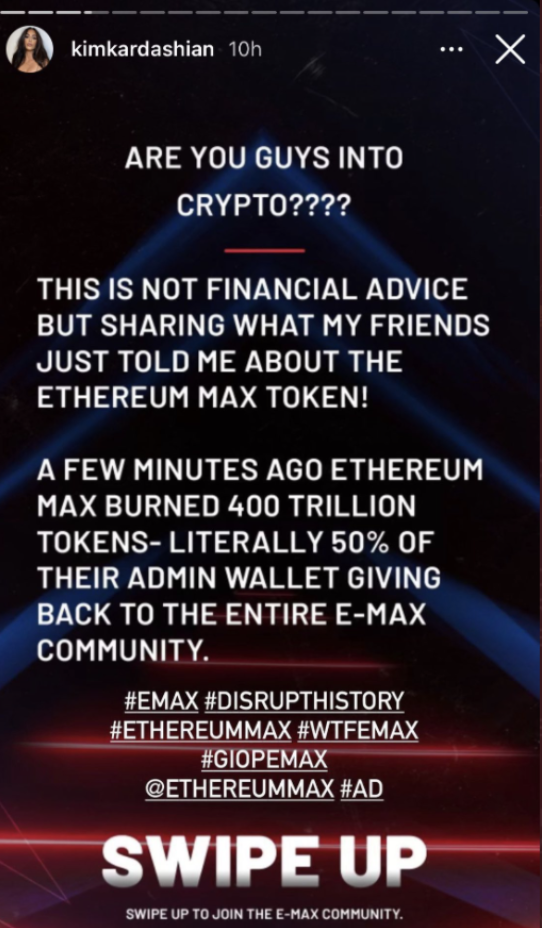 At the beginning of the summer crypto craze, multiple prolific celebs, including Kim Kardashian and Floyd Mayweather, took the plunge into the crypto world by promoting the EthereumMax token. In other words, they promoted shitcoin to millions of people. Now, the Central District of California is filing a class action lawsuit against them and EMax for making “false or misleading statements.”

In addition to celebs promoting the project on Instagram, Mayweather wore the Emax logo on his shorts in his boxing match with Logan Paul, which had 1 million PPV buys. According to the website, tickets for the fight could be purchased in EMax. 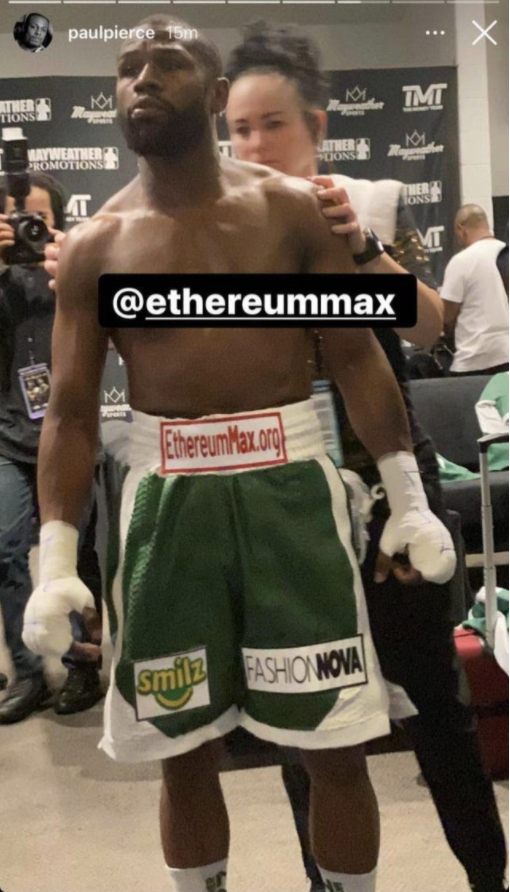 Hard to believe that FashionNova was the second most hated brand on those shorts that night. Rug pulls and celebs shilling shitcoins is nothing new. Some of the original ones occurred back in 2017 when crypto was last on fire. Whether it's Paris Hilton, Lana Rhoades or even Floyd ‘Crypto’ Mayweather again in 2017, celebs always want to make a quick buck.

That's it for this week! Thanks for reading the Rippers Weekly Recap! Stay bullish and we'll see you all in the next one 🔥